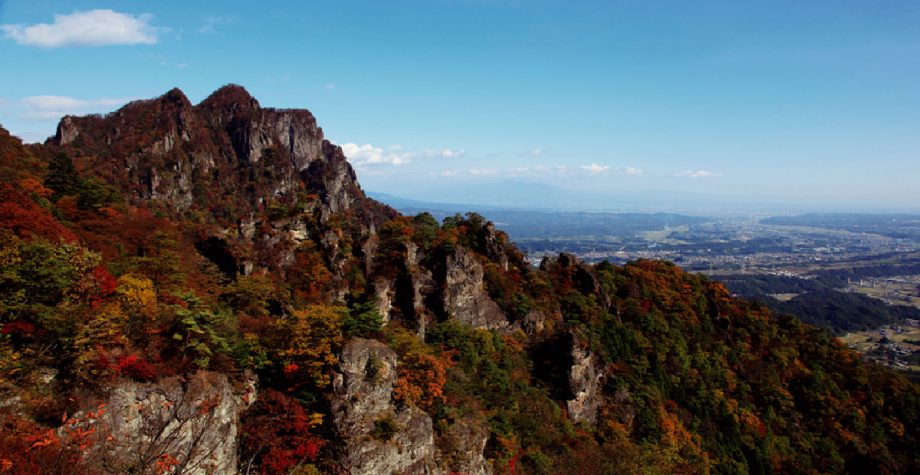 Mt. Myougi was formed by a volcano that was active around 6 to 4 million years ago. It has long been popular as a mountain of mountain worship and has been visited by many climbers since the Edo period (1603-1868). In the mountain, you can see powerful, oddly shaped rocks created by nature, such as Candle Rock and Ishimon Gate. Let’s walk around while thinking about how these rocks were formed. 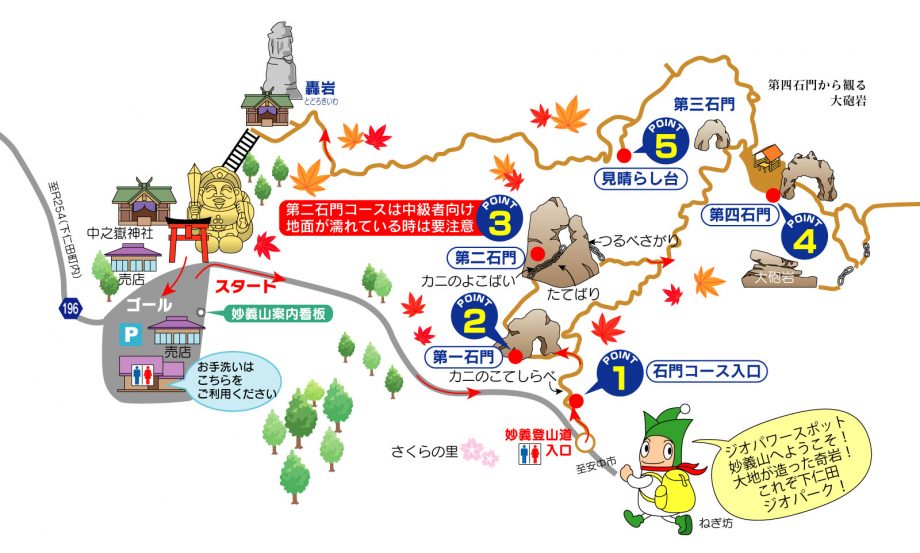